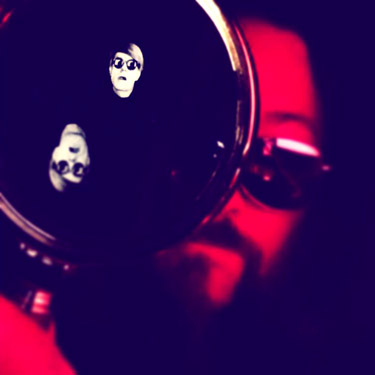 Nigel Clouse (American, b. 1978) is best known for his inclusion of distorted graphic elements within his work and the continuous evolution of the glitch as an artistic form of expression. Clouse works primarily in digital media, creating visually distinctive work through the manipulation of appropriated pop culture imagery, femme fatales, and the use of a bold color palette. He spends dozens of hours creating work at the pixel level to achieve his signature visual style. The artist’s work often examines the influence of technology on humanity, societal decay, greed, and other dystopian themes stemming from his childhood spent living in the deteriorating American Rust Belt. He is influenced by a variety of artists, including Andy Warhol, Tom Wesselmann, Roy Lichtenstein, H. R. Giger, and Wassily Kandinsky.